How did Gandalf sneak onto the set of Beauty and the Beast without raising a few eyebrows? Better yet, who made the Gandalf/Hermione introduction, and how does Ron feel about this?

These are the questions that the new trailer for Disney’s latest live-action adventure, Beauty and the Beast raises without offering any clue as to the answers.

In fact the greatest thing to come of this trailer is hearing Ian McKellen utter the word “fool”. Ever since his heartbreaking demise at the hands of the Balrog in The Fellowship of the Ring the ten year old boy inside me has been reliving that moment over and over, often with subtitles to work out if he’s telling the others to, ‘fly’ or ‘follow’?

‘Follow’ always struck me as a little dark, but none of them could fly so it was a bit of a conundrum. In hindsight I perhaps took it a little too literally *spoiler* [whispers] he just wanted them to run.

But tangent aside, Beauty and the Beast will likely fair better than Cinderella which largely flew under the radar in 2015. I mean, it didn’t quite create the same buzz as The Jungle Book. But perhaps The Jungle Book is just testament to Disney’s ambition, ability, and perseverance to make this live-action dream of theirs their business plan for the next decade or so. If that’s the case then Beauty and the Beast has to deliver big. Especially if Tarzan delivers and brings with it a fresh bout of overwhelming praise.

Featuring Emma Watson as Belle, Luke Evans as Gaston, Dan Stevens as Beast, and Ewan McGregor as Lumiere, oh and Ian McKellan as Cogsworth of course. Bill Condon (director of Twilight: Breaking Dawn Pt. 1 & 2 and Mr. Holmes) has to pull something special out of the bag, especially given his largely forgettable back catalogue.

If the recent Ghostbusters backlash is anything to go by then messing with people’s nostalgia is no joke. But most of those people are just misogynistic cyber dwellers who can’t come to terms with women playing male roles, so the same logic doesn’t quite apply.

Instead try imagining those people who grew up with Beauty and the Beast, the aspiring Disney princesses who wished for their candlesticks to come to life, now carrying pitchforks and torches out for Condon’s head. No pressure.

4 thoughts on “BEAUTY AND THE BEAST – Trailer” 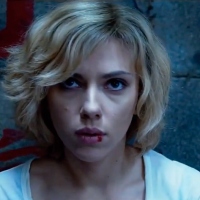