If you don’t have the honour of following me on twitter @j_haseltine or snapchat jhaseltine21 then you won’t know that I got to see Captain America: Civil War early doors last week. So if you clicked on this thinking ‘Surely he hasn’t seen it already?’ Think again my friend. With my smug plug and intro over with let’s get on with it. 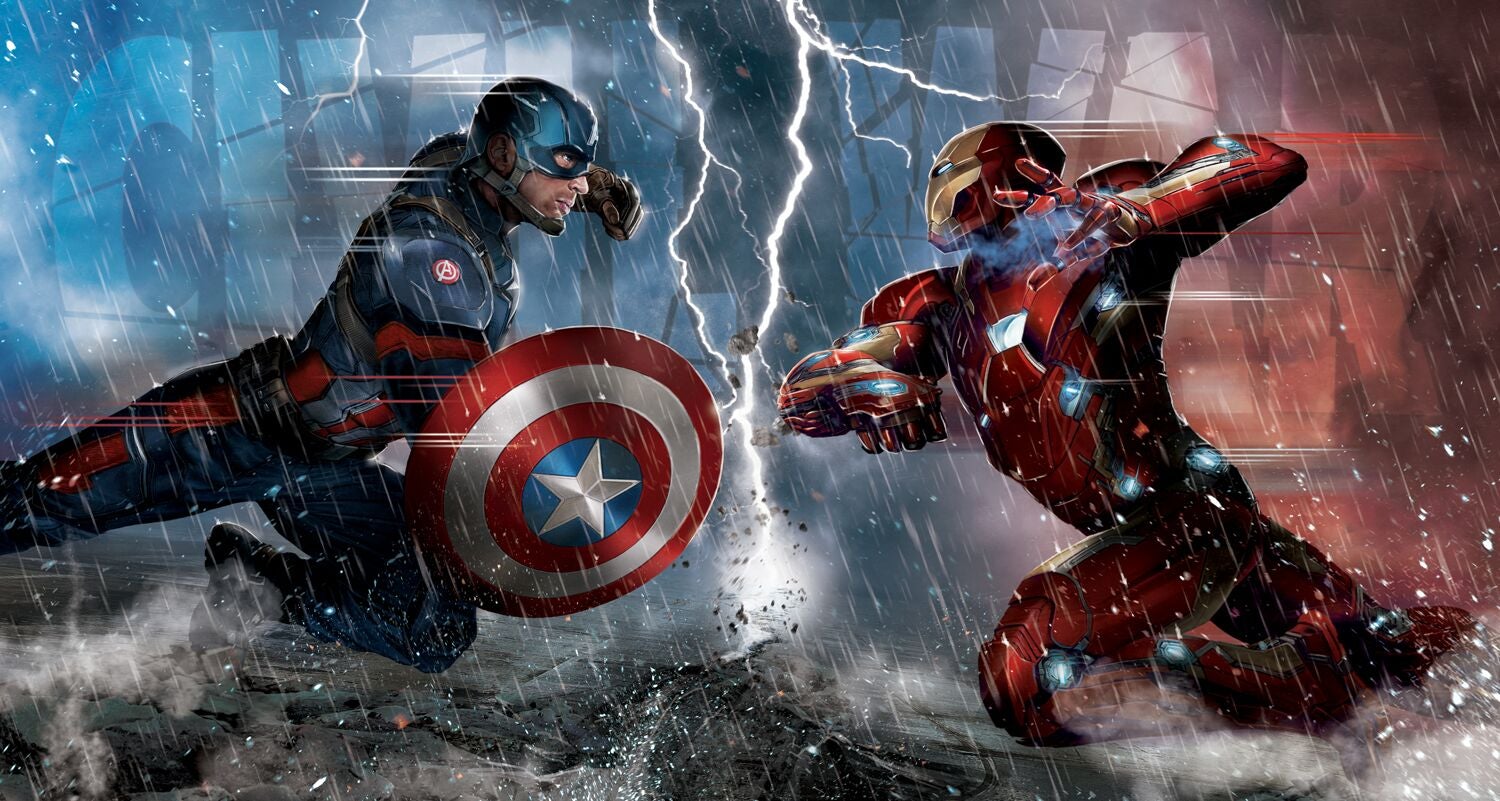 There may be no such thing as a perfect movie, but in as far as the MCU is concerned, Civil War comes pretty darn close.

Kicking things off with a bang a team of Avengers set out to do good and come away licking their moral wounds. In the age of superhero responsibility and accountability things are edging closer and closer towards Team America territory where everyone and no-one appreciates their sacrifice. But thankfully things have a little more heart when the protagonists aren’t tied to a string.

Oddly enough, metaphorically speaking, that’s kind of how Civil War moves forward. Calling the freedom of altruistic protection into question The Avengers, with no SHIELD to fight their corner, are served an ultimatum. Sign the Sokovia Accords, effectively surrendering their service to a UN committee, a bunch of red tape, and waffling diplomacy, or, embody the vigilante label and surrender for arrest.

After Iron Man is served a lesson in moral accountability his decision is easily swayed. But for Steve Rogers, Captain America himself, the decision to surrender to political oversight never once enters his mind.

It’s on this basis of difference that the Avengers are split into two warring, no that’s a bit extreme…how about, sparring factions #TeamCap and #TeamIronMan.

After my very recent realisation that I am no longer on Team Cap by default through my long-standing dislike of Iron Man, Civil War became a lot more personal: and in here lies the crux of Civil War‘s, and by association, MCU’s success. The character development over the course of Phase 1 and 2 has been subtle to a point and then WHAM! hits us with all this emotional investment all at once.

Friendships are tested, personal histories are needled to the surface, and public opinion is stretching the belief of the very heroes that first united as the Avengers to close an alien wormhole over New York City back in 2012.

Which brings me round quite nicely to Civil War‘s villain, there’s no alien fiends here. It’s refreshing to find a Marvel villain that recognises his own inferiority rather than having it beaten out of him. I mean let’s be serious, we don’t watch superhero films to see them lose, this shouldn’t be a spoiler. So while others consider Daniel Brühl’s character a bit of wet blanket that merely serves as a vehicle to further the plot I found his tragic villain a marvellous approach: one of the strongest elements about Civil War.

But this film could quite easily survive without a villain at all because what we’ve all ultimately come to see is the greatest superhero battle of all time and it doesn’t disappoint: it’s awesome. On a battleground chock-a-block with the greatest superhero abilities we’ve ever seen it’s the little man that rises above the pack to deliver the greatest comedic moment. A perfect example of how Marvel balances action and levity to great effect.

It should come as no surprise that the strongest characters in Civil War are Captain America and Iron Man. However, while it’s great to see the other Avengers again it’s the introduction of two new faces that left me speechless.

Any reservations about a) a new Spider-Man film and/or b) the casting of Tom Holland should be immediately dispelled. His introduction is characteristically awkward and his character is the perfect mix of naivety and excitement.

The second new face is Chadwick Boseman’s Black Panther. He’s quick, aggressive, bloody awesome and incredibly humble in his own skin as T’Challa. It might be too much to define him as the perfect Marvel hero but like Civil War he comes close and if I had to choose a favourite from Civil War it would be Black Panther. Unfortunately we won’t be getting his stand alone until 2018 but it’s an exciting prospect.

Having said that, the onus is firmly on the shoulders of Captain America, Iron Man and The Winter Soldier to push the limitations of the Avengers further. The continuation of Bucky Barnes AKA The Winter Soldier’s story is probably Civil War‘s tightest story element that brings his mysterious background to the forefront once again. Thankfully the Russo’s smartly avoid any hackneyed cliches that could be used as an excuse to bring the new characters into a story that is only really a story about them by association.

From a studio that consistently pumps out strong action blockbusters, has a good handle on humour and knows how to deliver captivating stories there’s no reason to go into Civil War expecting anything less. A Must-see fully deserving of the five star rating.