Rogue Nation‘s most accomplished, yet blindingly unforeseen achievement is its manipulation of operatic verse: most evident in the clearly defined three act plotline and explicit reference to Puccini’s libretto Turandot during Act 2. Don’t worry, I’m not going to bore you with academic semantics. I point it out because it alludes to a subtlety often overlooked in the prevailing discourse since Rogue Nation‘s release, 30th July.

What came out 19 years ago? Any guesses? Well believe it or not the answer is Mission: Impossible. It’s hard to believe given the recent success of the M:I franchise as it has become firmly rooted in the modern cinemagoer’s lexicon of spy franchises to care about.

Lacking the depth and cultural significance the Mission: Impossible franchise will never quite surpass Bond and has never quite been the same since Ethan Hunt first hit our screens way back in 1996.

Mission: Impossible 2, struggled to break free from a gimmicky tendency to turn everything into a kung fu set piece with damp threats and wavy hair. Mission: Impossible 3 was a step up, aided massively by Philip Seymour Hoffman’s unlikely, but no less significant turn as the antagonist. Mission: Impossible – Ghost Protocol was the first to…well, break protocol. Avoiding the chronological sequel trap so often parodied in current times by films looking for a lazy dig at Hollywood, M:I was given a new lease of life. Through Ghost Protocol fans were rewarded with spectacular set pieces, an intricate plot, and new characters but the potential is significantly underplayed, bogged down by conflicting character arcs.

Fast forward to last week and Mission: Impossible – Rogue Nation revitalises our faith in the longevity of the series.

Opening with a grand set piece cut and paste from the trailer our impossible mission specialist, Ethan Hunt, is thrust back into action. Desperately clinging to the side of an A400, Hunt waits for Simon Pegg’s bumbling nerd techy, Benji, to open the side door so Ethan can save the world, again. Sure it’s a slightly over-the-top clichéd action sequence but it thrives under these recognised M:I tropes.

With the character introductions out of the way, including a return for Ving Rhames’ eclectic hat collection and Jeremy Renner in great supporting roles, Hunt touches down in London for his next assignment. Down a side alley off Piccadilly Circus, behind a hipster (read: cool) façade Ethan enjoys a spot of record shopping. As the rarity of his hunt sinks in it becomes clear that this is no ordinary shop, nor is it tended by an ordinary clerk.

Settling down in a secluded listening booth with his newly acquired rare pressing the usual mission offer takes a sinister spin in a bulletproof box. Hijacked by Solomon Lane (Sean Harris), the leader of rogue outfit the Syndicate, Hunt is trapped, sedated and kidnapped. This scene is smart, it quickly puts both Ethan and the viewer on the back foot, placing doubt in the established formula and crafting a welcomed espionage tone missing from the M:I franchise since Jon Voight haunted our nightmares back in ’96. But it also slaps a tongue-in-cheek wink at Tom Cruise, the star of the show, and his intense commitment to stuntwork. The stunning IMF agent reveals a fan girl excitedness in disbelief: “Is it really you? I’ve heard stories – they can’t all be true.” Retorting a wry smile Cruise exposes the heart of Mission: Impossible.

As IMF is discontinued Ethan is thrust into desperate seclusion to fend for himself until he enlists the help of Benji some six months later. Arranging his attendance at the Turandot opera in Vienna Hunt brings Benji on board to foil the Syndicate’s attempt on the Austrian Chancellor’s life. While fans of the ‘Hitman’ video game series will find a trove of relatable nostalgia this Act also treats cinemagoers to a real spectacle that highlights the crux of the movie. Ilsa Faust, played by Rebecca Ferguson as a refreshing no-nonsense femme fatale, drives the intricate espionage plot into M:I1 territory.

Although the story of Turandot is insignificant to the progression of Rogue Nation there is one recurring element that teases the abstract mind. As “Nessun dorma” swells during the final opera sequence it solidifies an emotional connection between Faust and Hunt, previously teased during their first meeting. “Nessun dorma” becomes a prominent feature of Rogue Nation‘s soundtrack occuring four times including the diagetic operatic rendition during the second act. Interpolating “Nessun dorma” as non-diagetic rhetoric strengthens the movies’ continuity but falls short of its overall symbolic potential.

Treating the viewer to a whole lot of fun Rogue Nation delivers everything we’ve come to expect from a M:I movie. With no expense spared the spectacular set pieces, sprawling international locations, expendable continental European henchmen, and simple plotline Rogue Nation makes for a complete espionage thriller with high stakes and triumphant protagonists.

In a surprising throwback to shady street corners and survivalist rhetoric prevalent in the original Cruise driven M:I, Rogue Nation is a delightfully modern package capable of embracing the impossibily formulaic foundations. Although brighter, more explosive and siginificantly longer the similarities are refreshing in a long line of Mission: Impossible money grabbing sequels and Rogue Nation is a Brilliant return to the iconic source. 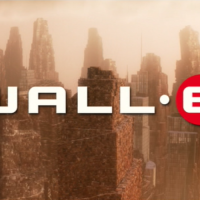 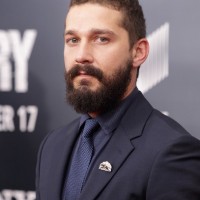 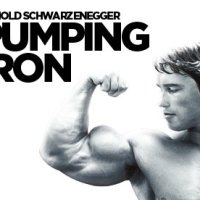 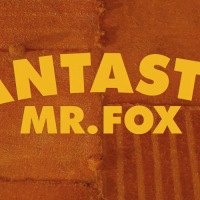