Now, this is a story all about how
Riley’s life got flipped-turned Inside Out
so I’d like to take a minute
just sit right there
while I’ll tell you how Pixar turned my joy to tears.

True to Pixar’s track record Inside Out is capable of sending children into dizzying spins of histerics, igniting their imaginations and awakening a lost sense of innocence in adults.

Born and raised in Minnesota, Riley’s life has been guided by her emotions since birth. Personified manifestations of Joy, Sadness, Anger, Fear and Disgust live inside Riley’s conscious mind known as Headquarters; it is here that Inside Out unfolds.

When Riley’s father secures a new job in San Francisco her life is turned upside down. Until now Joy has been the dominant emotion of Riley’s life. Each new memory is categorised by one the five main emotions, manifested in a glowing orb that takes its place alongside millions of other memories inside Riley’s long term memory at the end of each day.

The move to San Francisco prefigures a complex range of new experiences to overcome. Whether her emotions are up to the task remains to be seen.

First up, school. Capitalising on every child’s fear just shy of the dentist sits the teacher asking you to speak.

Called upon to introduce herself to her new classmates Joy does everything in her power to form a happy memory for Riley at this tumultuous time. However, Joy’s efforts are futile and Sadness soon uncomprehendingly interferes with the process, forming a new core memory. Desperate to stop this new core memory from mixing with Riley’s current core childhood memories Joy unwittingly tampers with Riley’s entire personality complex. Causing both Joy and Sadness to be sucked through the memory tube and dumped in Riley’s long term memory.

This act results in each of the core personality islands shutting down and rendering Riley’s usual fun-loving, personable and honest personality useless until Joy and Sadness can restore the core memories to the central hub.

Anger, Fear and Disgust are left to guide Riley through a troubling transition period. Each of the voice actors but in magnificent turns and really bring each emotion to life.

Failing to recognise the true power and necessity of Sadness, Joy has thrown Riley into turmoil as she struggles with everyday life in San Francisco. Left to navigate the maze of long term memory Joy and Sadness seek a path back to headquarters in order to restore the status quo. However, with no control over Riley’s emotions things soon come crumbling down and Joy’s life as she knows it is flipped upside down.

Inside Out‘s ability to balance adult themes with a lighthearted and emotional story is particularly commendable. Amidst the beautifully colourful renderings of a child’s mind, themes of adulthood often permeate the friendly exterior and challenge the viewer to come to a rewarding conclusion. Eventually drawing out the most human aspect of the film in a heartwrenching moment that capitalises on Riley’s topsy turvy emotional journey Inside Out encourages the viewer to let it take you on a journey.

Pixar’s greatest asset is its ability to bring things to life with an uncompromising attention to detail and an imitable style that leaves the viewer breathless and dumbfounded. As they tear down barriers of realism and personify a plethora of human emotions Pixar have delivered one of the most important films of the decade.

Treated to a rich imagining of both conscious and sub-conscious activity Joy and Sadness take the viewer on a journey through the maze of long term memory with the help of Riley’s imaginary friend, Bing Bong. Following his ill-advice we’re transported through Abstract Thought, explore Imagination Land, trespass Dream Productions, and ride the Train of Thought. All the while our protagonists unravel the true necessity of Joy and Sadness and the collaboration of emotions whilst avoiding the void of forgotton memories lurking ominously below.

A true Pixar masterpiece that tugs on the heartstrings, tickles the funny bone and teaches us a thing or two about the importance of imagination. But it also delivers a stirring message that resonates deep within each and every viewer, a home truth that lies at the heart of this original creation.

Sure, Inside Out is the new Pixar film but it offers so much more than the promise of a reliable brand. Packed with originality and creativity Pete Docter and the Pixar team have created a Must-see masterpiece that dutifully navigates the human psyche in ways we could only imagine.

p.s. look out for the effortless Chinatown reference in Imagination Land.

22 thoughts on “Inside Out” 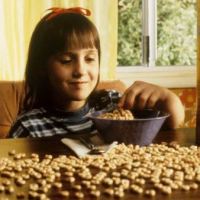