Very rarely do we come across a sports movie that isn’t based on a true story. There’s something inherently moving about a movie that deals with magnificent feats of sporting achievement, that tells a touching underdog tale and takes the viewer on a personal journey.

Bennett Miller’s adaptation of Michael Lewis’s nonfiction book of the same name chronicles the story of the Oakland A’s as they look to bounce back off of a crushing defeat to the New York Yankees during the 2001 postseason. As the roster is gutted of three key players, Giambi, Damon and Isringhausen, Billy Beane employs the help of Peter Brand, a recent Yale Economics graduate played by Jonah Hill, to rebuild a championship winning team based on statistics and sophisticated analysis, called sabermetrics.

Confined to dusty offices, worn dressing rooms and one dollar vending machines we’re treated to stereotypical underdog imagery that paints a alluring picture and draws us into Beane’s ambitious world. Bartering with rival GM’s, scribbling on white boards and trawling through reels of tapes to craft the perfect statistics driven team is a gutsy approach but every scene is filled with a passion for the sport and a passion for the story.

As a UK viewer with extremely limited knowledge of baseball Moneyball starts off pretty daunting. Trying to wrap my head around complicated scouting politics, batting averages, “getting on base”, drafts and trades wasn’t easy but it also isn’t essential. Which is why Moneyball is such a moving a film. It doesn’t demand pre-requisite understanding in order for the viewer to follow the story.

With a limited budget and archaic scouting methods Beane is desperate to overcome the modern day challenges of baseball’s burgeoning wage gap with a sophisticated system that threatens the traditional business and livelihoods of traditional baseball businessmen. Smattered with flashbacks of Beane’s auspicious youth as one of the brightest stars in baseball we witness his personal loss and his forlorn spectre of failure.

With a lot of negative press fired at Beane for his gutsy analytical approach to rebuilding the A’s the shaky start is difficult to contend with as a viewer. We’re faced with clear binary opposition between Beane and head coach Arty Howe, reducing Philip Seymour Hoffman to a trademark supporting role. Embracing the role, PSH plays on the publicised tensions between Beane and Howe wonderfully while the A’s struggle to embrace the new system.

If Billy Beane says play Hatteberg, played by a young and impressive Chris Pratt, then playing Hatteberg at first base is what the coach should do. But again this is where my American sporting ignorance comes into play. While Beane does his best to explain the new system to the players the rift between Howe and himself is ever evident.

However, as is with the majority of nonfiction sporting movies there are innacuracies to contend with. PSH’s role as Howe, is distorted, skewed, and exaggerated, in order to create the firm binary opposition I mentioned earlier. But Howe publicised his distaste for his depiction claiming it was stubborn and unfair. Hatteberg actually spoke out in support of his coach, but from a film making perspective we can understand why the decision was made. Sorry Howe.

Crammed with underdog sub stories we have something to route for in each character from the players to family to Beane. Howe’s cynicical stubborness may be unwarranted so you have to take his role with a pinch of salt but it all comes together to make for a fantastic home run of sporting movie achievement.

Against all odds Beane built a championship contending team that set the American League record for most consecutive wins, twenty in the 2002 season, and pioneered a new system of baseball that challenged the tradtional foundations. In this magnificent Must-see sporting movie Brad Pitt, Jonah Hill, Philip Seymour Hoffman, Chris Pratt and Robin Wright put it excellent turns as they bring this niche story to the mainstream with a heartwarming final product. 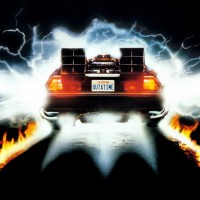