The first season of Better Call Saul comes to it’s dramatic conclusion, but was it the conclusion that we were expecting?

As I mentioned in my closing statements in my recap of ‘Pimento‘ the season finale could take us anywhere, and in a strange turn of events it leads us back to Cicero, Chicago, IL. The place Slippin’ Jimmy had to leave behind for a shot at the straight and narrow. But how did we get here?

In what quickly became a trademark of Better Call Saul we’re treated to yet another flashback. Following up from episode 3, ‘Nacho‘ where Chuck offers Jimmy an opportunity to leave Cicero and escape the Slippin’ Jimmy temptation. Reluctantly agreeing Jimmy heads to his local bar to meet with Marco, his admiring fan and partner in crime. Explaining his opportuity to get out of the game while he still can Jimmy jumps on a plane and leaves Marco dumbfounded at the sheer waste of talent.

Jimmy, now numbed by his brother’s betrayal, finally succumbed to the deal offered by Hamlin, opting to take the $20,000 and 20% payoff at the end of the Sandpiper Crossing class action case. In awe at all the work Jimmy has put in to ensure Chuck leads a comfortable lifestyle given his self-diagnosed condition it’s great to finally see some earnestness from Hamlin as he emotes his admiration for all that Jimmy has been doing over the last year.

Towards the start of ‘Marco’ Kim encourages Jimmy to let his emotions out, but Jimmy insists he’s fine, choosing instead to bottle it up inside his cage of pride. In the final installment of Quote of the Episode – “Dalai Lama’s got nothing on me.” – Jimmy, shrugs off Chuck’s betrayal with nonchalance, delivering intensely dry sarcasm that epitomises his flat anguish.

However, it’s not until Jimmy is standing on the stage calling Bingo numbers for a bunch of impatient old biddies that his true emotions rise to the surface. In a testing scene that’s difficult to watch our beloved Jimmy McGill, charmer, comic, logophile breaks down when a continuous chain of ‘B’ numbers are called out in succession.

Jimmy’s past life has been ebbing away at his soul ever since he left Cicero ten years ago and it’s now, after Chuck openly expresses his distaste for bringing Jimmy on board at HHM that Jimmy realises what has to be done.

We were left in the dark during the jail flashback from ‘Nacho’. Why was Jimmy labelled a sex offender, and why was this case so different that Chuck travelled all the way from New Mexico to snap the Slippin’ outta Jimmy. During his ‘Bingo Breakdown’ Jimmy goes into elaborate detail about a ‘Chicago Sunroof’ a simple, yet particularly inelegant act of deficating through an open sunroof. Spotting the car of a man who owed Jimmy money and more importantly broke up his marriage Jimmy sought just revenge. Landing him in jail due to the unforeseen ‘cub scouts’ sitting in the back seat Jimmy’s little prank severely backfired and as he explains, he’s been paying for it ever since.

Back in the Bingo hall Slippin’ Jimmy was never destined to be a Bingo caller no matter how good he is at it. His place is out on the streets and hidden in bars hustling innocent bystanders and patrons alike to earn a quick buck, but more importantly, for the sheer thrill of it. It’s an addiction he’s reluctant to shake. Ten years ago Jimmy was quick to accept that Chuck knew what was best, and to some extent there was a great truth in what Chuck was preaching. But after this recent brutal betrayal Jimmy’s ephemeral dismissal of Chuck’s brotherly guidance leads him on a hustling binge back in good ol’ Cicero.

After an amusing montage insight to the workings of the Jimmy/Marco partnership Jimmy explains that he’s a lawyer specialising in Elder Law. Coming down from the evening’s shenanigans Marco can’t quite believe what he’s hearing but is willing to accept Jimmy has moved on. Instead of letting Jimmy leave with what little grace remains after his guilty relapse into Slippin’ Jimmy’s dusty shoes Marco emplores Jimmy to take part in one last Rolex scam. However, after planning it down to a tee, with the howling mark in tow, Jimmy discovers Marco isn’t just playing dead this time. Suffering a heart attack the sounds of Deep Purple’s ‘Smoke on the Water’ linger on Marco’s lips as he passes in Jimmy’s arms in a touching and grim reminder of the life Jimmy could have had, had he stayed in Cicero all those years ago.

When Kim calls Jimmy after a week to make sure he’s okay she delivers some promising news. After HHM were forced to branch out for assistance in the Sandpiper Crossing case, a Santa Fe law frim, Davis and Main, are interested in hiring Jimmy as partner. Shaking him from his grief Jimmy returns to Albuquerque for the meeting but appears to get cold feet after he enters Mike’s car park. Spinning around Jimmy pulls up to Mike’s window and asks why they didn’t keep the money from the Kettleman’s? Because it was the right thing? Perhaps, but it’s been nagging him ever since.

Jimmy hums ‘Smoke on the Water’ as he drives away from the meeting. Vying never to pass up an opportunity like that again. Jimmy’s week long hustle back in Cicero sparked a dormant fuse. With Chuck no longer peering over his shoulder and judging his every move Jimmy finally has the chance to incorporate his Slippin’ Jimmy persona into his lawyering. After all when it’s time to ‘LWYRUP’ why wouldn’t you choose “a chimp with a machine gun”?

Is this the first glimpse of Jimmy’s transition to the much loved Breaking Bad Saul Goodman? We’ll find out in 2016 when Better Call Saul returns for a second season.

In a season of ups and downs Vince Gilligan’s first season of Better Call Saul gave lovers of Breaking Bad a chance to see the origins of Saul Goodman. Quick to re-establish Bob Odenkirk’s beloved character we begin to see the gradual transition from Jimmy McGill, Attorney at Law, to Saul Goodman, Ambivalent to Law. In a season that reinvented Breaking Bad‘s drama and threw in an effectively healthy dose of humour the second season promises great things.

Better Call Saul‘s range of characters was great but there weren’t enough recurring characters to look forward to. Ignoring the obvious we had Chuck, Kim, Howard, and Mike. The Kettlemans provided plenty of comedy during their limited screen time but I feel there is room to introduce some more characters, or perhaps just develop some of the lesser characters, Nacho for instance. But what I would really like to see, and I’m sure I’m joined by others of you out there, is the origin stories of some of the Breaking Bad characters. Granted I understand if the decision is made to avoid this path as Better Call Saul would benefit from it’s originality and the opportunity to forge it’s own identity but at the same time who wouldn’t want to see Gus Fring in Los Pollos Hermanos, even if it’s just in a cameo role. 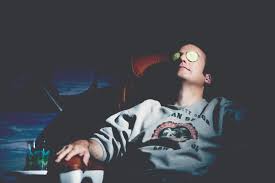 Whatever Gilligan chooses to do with Better Call Saul I’m sure we won’t be disappointed. The only disappointing thing is we have to wait a year to find out. Until 2016 we’ll let Jimmy stick his feet up with a well deserved Gin and Cucumber water.