Better Call Saul episode 7 ‘Bingo’, or ‘The Kettleman Show’ swiftly moves on from episode 6 ‘Five-O’ and with strong effect.

Panning down a wall of most wanted criminals ‘Bingo’ begins where ‘Five-O’ left off. Mike, sitting in his characteristically emotionless state is joined by a slightly panicked Jimmy at the local PD. With the two detectives planning their next move after retrieving the notepad Stacey is drawn into the picture in an attempt to get a confession of guilt out of Mike, the prime suspect in a double cop homocide. Leaving the answers of their questioning anyone guess it’s hard to tell if Mike’s back story will take a back seat for a little while but I hope it doesn’t. Mike’s character is quickly becoming an established member of the burgeoing Better Call Saul roster and deservedly so.

Cut to Jimmy’s routine visit to Chuck and we’re just as surprised as Jimmy to discover Chuck’s new get fit programme. Standing outside in the sun for 120 seconds to build up a tolerance to electromagnetic fields sounds just as crazy as it should but Jimmy’s earnest response justifies a human reaction from the viewer, feeling genuinely pleased for Chuck’s determination to get healthy again. I wouldn’t have brought this scene up if it wasn’t for Jimmy’s suspicious scheming that I’m sure will come to fruition in a later episode. Leaving boxes of files in Chuck’s house doesn’t sound all that suspicious but his cheeky smirk through the window suggests otherwise.

Building up to the main event of ‘Bingo’ enter Jimmy and Kim in a swanky office building and Jimmy’s big plans to “look successful to be successful.” Planning to spend the remainder of his $30,000 “retainer” on renting luxurious office space Jimmy alludes to Kim that he’d like her to become his partner when his practice gets up and running. Heartbreakingly turning him down Jimmy hides his devastation, at least momentarily anyway.

Am I glad the Kettleman’s made a return this week, you betcha. When Kim slaps a huge, necessary dollop of reality on top of the Kettleman’s deluded cake of guilt the reaction is priceless. ‘Kettleman Gate’ round two. Betsy Kettleman’s maddening refusal to accept guilt would wear a little thin in anything but Better Call Saul but her delusion fits the humour perfectly. At once making the description of Better Call Saul like Breaking Bad but more fun as apt as ever the meeting with Kim ends with a contract termination and a look of despair on her face. Kim’s chances of partner just left stormed out the front door in the hands of two crazy people.

Jimmy’s pursuance of Elder Law makes another amusing appearance. Hosting a Bingo day at the local retirement home Jimmy’s face is slapped across every Bingo Card and his Bingo calling is dotted with lawyer quips, the majority of which we can’t help but feel fly over the silver heads of the Bingo attendees. When Jimmy recieves a call directly after “Bingo” is called from the “young lady in the back” Gilligan’s timing couldn’t have been better.

Answering the phone with his loose phony accent Jimmy disappears through a portal and lands in a diner, sitting opposite are the Kettlemans. Getting straight down to the point Jimmy is offered the job of representing them as their lawyer on the condition Craig serves “zero” jail time. Betsy’s sheer ignorance continues to surprise me and I can’t help but let out a laugh everytime she speaks. Delivering line after line of comedy gold her deluded spirit alongside Craig’s desperate attempt to make his presence known the Kettlemans steal the show.

The Quote of the Episode comes from the diner exchange – “can we all three just parachute down from Cloud Cuckooland” – Jimmy. Never afraid to tell it how it is Jimmy doesn’t hold back in his assessment of the Kettleman’s obtuse insanity. However, after refusing to take their business Jimmy is reminded of a little bribe he unwillingly, yet no doubt, took during the little camping excursion. Concerned for Kim’s future and his own well-being if the truth got out he reluctantly agrees to take the Kettlemans on board despite their unwinnable position.

Hitting a plethora of law literature to prepare himself for the case Jimmy’s dependable moral compass comes into play once more. Deciding to do the right thing he employs Mike to dip into his covert skill set and steal the Kettlemans $1.6 million hidden amusingly under the bathroom sink. In a great sequence lasting a little over five minutes Mike’s stakeout is backed by a jazzy heist soundtrack taken straight out of an Ocean’s Eleven playbook. Confronting the Kettlemans the next day Jimmy lays the situation out clear as day, shocking Betsy into an honest display of emotion, away from her lies she’s consumed by guilt and despair.

After Jimmy’s latest white knight moment he pays a visit to the office space he can no longer afford. Larysa Kondracki, director of ‘Bingo’ closes out the audience and the episode on the other side of Jimmy’s raw emotion. Perfectly framed Jimmy’s anger is buried beneath his chirpy persona, to hide us from his tantrum serves to emphasise this point brilliantly. As Jimmy’s hopes are crushed his earnest breakdown is rudely interrupted by his next venture. “How can I direct your call?” 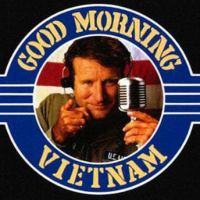 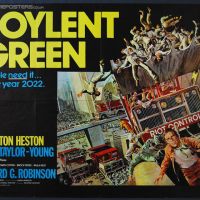