Bobby Womack’s ‘Across 110th Street’ introduces Tarantino’s third installment to his already iconic filmography. Tracking the eponymous Jackie Brown, played by Pam Grier, through an airport right up to the departure gate the scene gradually gains speed as Jackie’s journey slowly into a run.

Epitomising Jackie’s life this clever device utilised by Tarantino frames her state of mind. Her life is running away from her and working for Cabo Airlines, the worst “piece of shit Mexican Airline that there is,” she has nothing to show for it.

There’s a nervousness, a panic, but also a swagger in the way Jackie strides through the airport. She owns the room from start to finish and although we don’t have anything else to look at, as the viewer we can’t take our eyes off her. We barely notice the opening credits fade in and out before her on the ‘people-mover’ (as Tarantino calls it) until the bold title card appears. This is Jackie Brown, don’t forget it.

With much of the remainder of the film focusing on Jackie this opening scene sets the stage nicely for Tarantino to build upon her character development and really draw the audience into his first real main character. Paying homage to the B-Movies that Tarantino loved and curated the opening minutes reminisce of classic Grier from the 70s blaxploitation films that she starred in and owned. Throw in a Bobby Womack classic, taken from the famous blaxploitation Across 110th Street, and you have yourself a film that captures everything Tarantino loves about the movies.

Incredibly underrated Jackie Brown is a Must-see in my books. Well worth a viewing if you’ve ever heard it be put down for it’s differences with Reservoir Dogs and Pulp Fiction. Jackie Brown is neither of these films and simultaneously stands apart from Tarantino’s unique brand whilst contributing to it also.

One thought on “Jackie Brown” 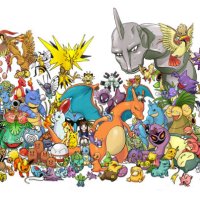 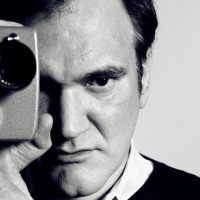